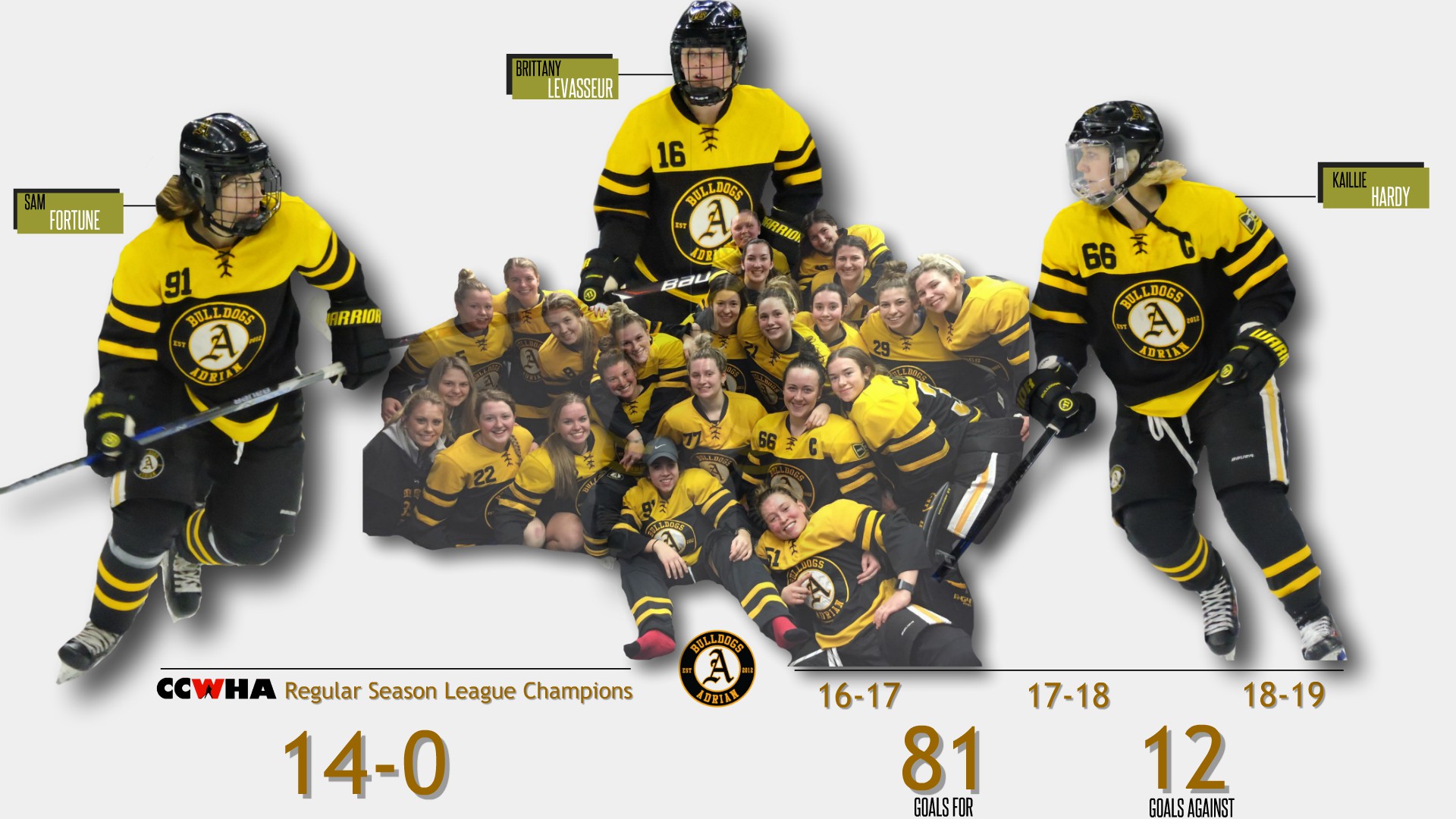 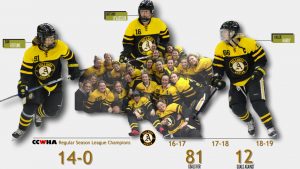 They begun the season with a tough opponent in the Michigan State Spartans, a fellow CCWHA member, a National Title contender, and ranked in the Top 5 nationally the past year. Adrian College completed the task with ease, sweeping Michigan State 6-4 and 6-1 and never looked back. They continued on with dominating against the Saints of Aquinas in 18-0 and 12-0 wins before looking at their next big challenge, the rematch of the National Title game from the previous year; Adrian versus Liberty. The Bulldog’s first non-league game was a doozy with Liberty being ranked in the No. 1 spot at the time. Game one, and win one for Adrian as they did what they couldn’t just a few months earlier, took down the Flames 3-1. Although they didn’t get the split, they would pick up a point with a 4-4 tie, which would propel Adrian to be the No. 1 ranked team in the nation. The Bulldogs chopped down opponents left and right, including No. 5 Miami (3-2, 2-1), No. 6 McKendree (1-0, 3-2) and recorded a split during February against No. 3 Lindenwood-Belleville (3-1 W, 1-0 L).

Adrian College sits at 20-3-1 as the regular season has now ended, and look at the CCWHA playoffs after tallying 123 goals for and allowing just 34 goals against for 2018-19. They spent 11 weeks ranked No. 1 in the nation, however they are now currently ranked No. 2 in ranking 13. With 11 total shutouts in 24 games, all three Bulldog goaltenders saw time in net. Dana Colombo earned a 15-3-1 record after averaging 1.56 goals against a game and recording six shutouts of her own. Kalysta Coulter would grab a 4-0 record with three shutouts while having a .936 save percentage. Tianna Lavalle saw time in a single game, earning a 1-0 record. Lavalle made eight saves for a shutout in her only game in net.

With thirteen players in the double digits, captain Kaillie Hardy leads the way with 31 points (12g, 19a). Huntyr Bosher has grabbed 24 points (12g, 12a) in her first season with the Bulldogs, and Brittany Levasseur, a two-time National University Team member, has gathered 22 points (14g, 8a) in her third season with Adrian. Levasseur also currently leads the team with five power play goals, and four game-winners. As a team, they lead the CCWHA in shot percentage, as well as power play percentage.

The Bulldogs, with the No. 1 seed in the league, will take on Miami University in a 1 v. 4 CCWHA playoff game on Friday, February 22 at 5:30 pm at Wings West in Kalamazoo, MI.