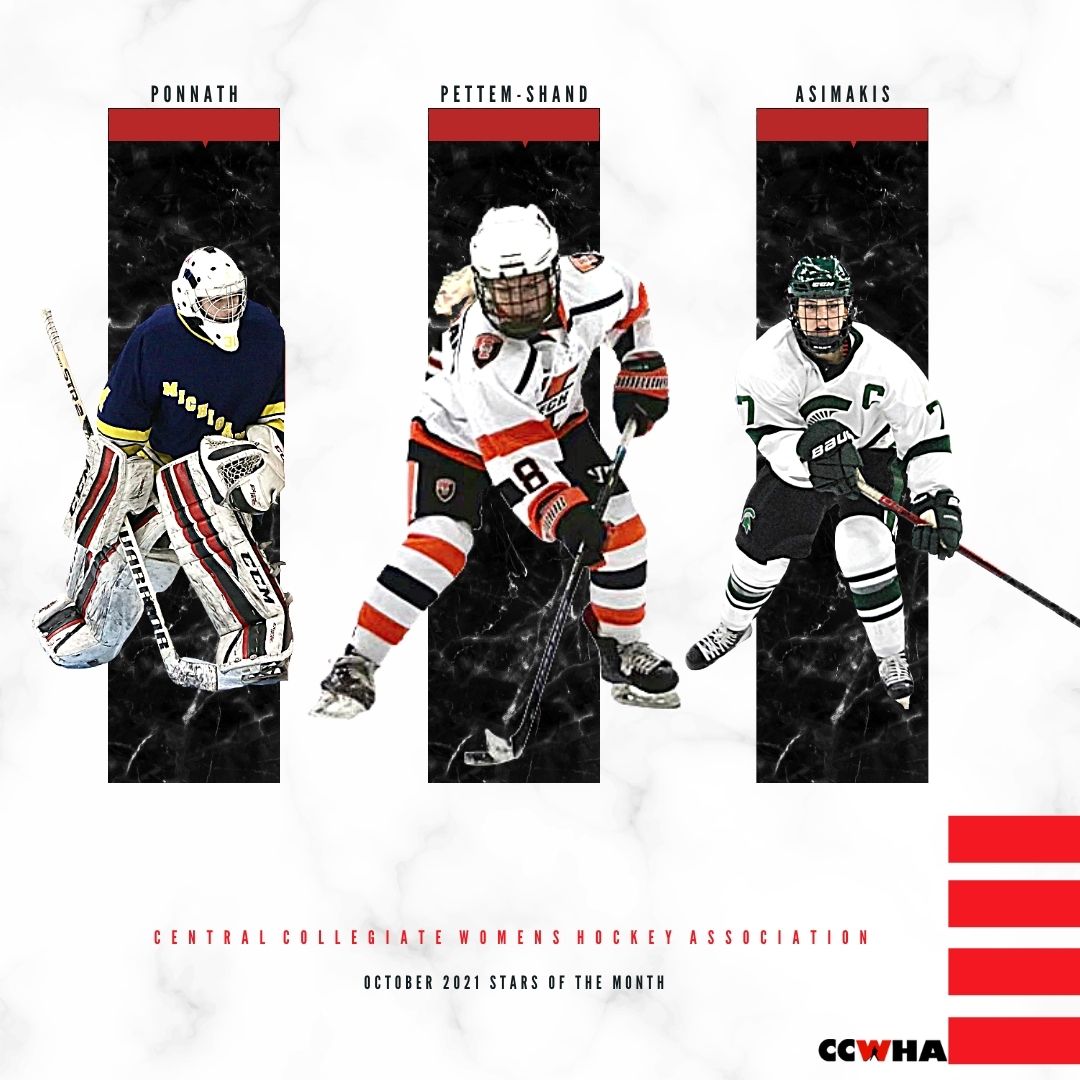 The month of October  held many games for the Central Collegiate Women’s Hockey Association teams. Throughout the month, many players shined bright, but three players stood out the most. These three standout players, from various CCWHA teams, have been named the October 2019 CCWHA Three Stars of the Month.

The University of Michigan’s Sandrine Ponnath has earned the Third Star of the Month after playing in five games in October. The freshman goaltender went 1-4 for Michigan with opponents such as No. 2 Adrian College, Michigan State and the University of Michigan-Dearborn. The netminder stopped 217 of a total 229 shots during the tenth month for the Wolverines, picking up a .941 save percentage. This is the first time receiving this honor in her career.

October’s second star of the month goes to Michigan State’s Natalia Asimakis. The senior from MSU tallied two assist in the team’s first win of the season, against the University of Michigan-Dearborn. Asimakis put in the game-winner for the Spartans against the University of Michigan and currently has 10 points (6g, 4a) to lead Michigan State after six games.

The First Star of the Month for October is awarded to Isobel Pettem-Shand of Indiana Institute of Technology. The freshman gathered 18 points (4g, 14a) in nine games, against opponents including Penn State University, No. 9 Miami University and Grand Valley State University. The Warriors forward currently averages 2.31 points per game and leads the No. 3 team in the nation with 30 points (6g, 24a).